PROMOTIONS WITHIN Audit for the 2014 Financial Year were up on last year, with 31 new Partners across the country in comparison to 25 in 2013. Interestingly the major contributor to this increase was internal promotion which contributed to a staggering 84% of the promotions. 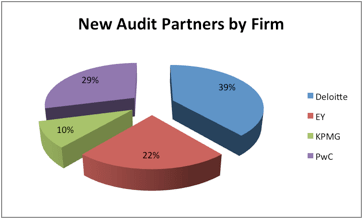 Deloitte dominated the number of new Partners 39%. This was followed by PwC with 29% and EY with 22%. KPMG were considerably behind with only 10% of new Partners, and all coming through internal promotion.

Unsurprisingly, 84% of new Audit Partners were from the Assurance field. This trend is similar to 2013 Financial Year promotions.

While there were no Sydney Audit Partners that were hired laterally, Sydney still dominated the number of new Partners hired within the Big 4 firms 52%. This was followed by Brisbane (19%) and Melbourne (13%) and Canberra (10%). 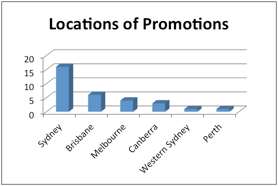 Given the number of promotions that have been made within the Big 4 this financial year, it will be interesting to see where new talent will be acquired from at a Partnership level given this year’s level of organic growth may be unsustainable.

It is also points to the likely scenario that older Partners have given up clients to these new Partners, and highlights the imminent transition of older Partners and creating succession planning with their existing client bases.