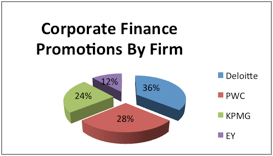 their National practice, which is three times that of EY.

Unsurprisingly, given recent market conditions post GFC and a desire by financial institutions to restructure debt rather than let corporates face insolvency, the Debt Advisory and Restructuring arms promoted the most Partners. It will be interesting to track the sustainability of this as a growth area in light of widely reported confidence being restored in the Deals /M&A space which has been markedly flat since the GFC. 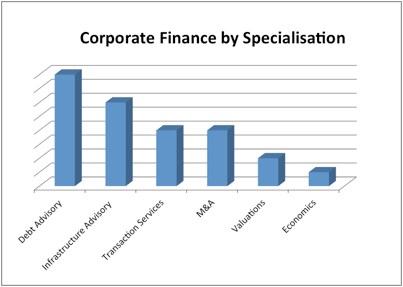 Infrastructure Advisory has become a clear growth area for the Big 4 as they compete for the work coming off the back of a generous $11.6 billion government budget for infrastructure spending.  Unsurprisingly Sydney and Brisbane, each with three Partner promotions in this space, are the key locations for activity as plans for rail, road and port spending are top of the agenda in NSW and QLD.

Encouragingly for Directors in firms, who often have a hard time marrying a strong business case with good timing to affirm their Partnership promotion, the trend has been heavily in favour of organic growth.  88% of Partners have been promoted from within.​

Sydney continues to remain the hub of activity in Corporate Finance but Brisbane also saw a considerable increase in promotions which suggests that the small to mid-caps are experiencing a return to corporate activity alongside the heavy investment in Queensland infrastructure planned for 2015. 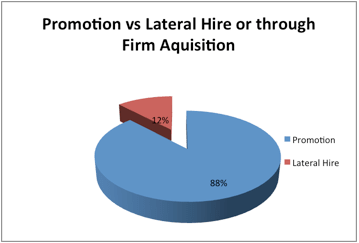 Looking forward to next year we would expect to see more Transaction Services and M&A Partners being introduced.  The economic climate is ripe for a boom in corporate and financial transactions as private equity firms attempt to exit long-held investments and corporates try to deploy cash stored on balance sheets.  It will be interesting to see if these early forecasts come to fruition and are mirrored by next year’s promotions. 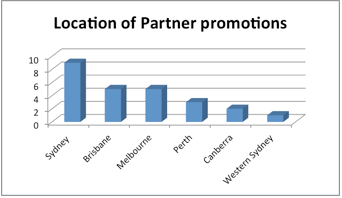